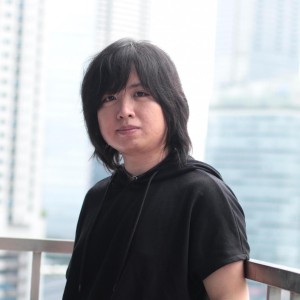 The emergence of new COVID-19 variants has pushed back many businesses’ plans of reopening offices. Some companies⁠ — and many employees⁠ — are happy to continue working remotely. But other business leaders have been vocally against remote work.

Goldman Sachs CEO David Solomon is probably the most quotable, calling remote work “an aberration [to be corrected] as quickly as possible.” He argues that the lack of direct contact and communication are anathema to their business. Other CEOs have made similar points about erosion of culture, limits on collaboration, and the loss of job security.

This one’s the easiest to rebut, since several studies have shown an increase in productivity following a shift to remote work. Nearly half of all companies surveyed by The Conference Board reported an increase in productivity, while only 13% reported a decrease. Another study, conducted by Great Place to Live, compared responses from before and after the pandemic. It found that productivity had increased following widespread shifts to remote work⁠ — though this increase was strongly influenced by leadership as well.

While it’s obvious that bad leaders can hold people back, it also means that they can simply fail to realize when they’re team’s doing well⁠ — or when they’re struggling. It’s worth noting that in many of these studies, employers and employees have significantly different impressions of productivity. What’s clear is that remote work calls for both new ways of helping employees when they struggle, but also new, more accurate measures for what constitutes productive work.

On a related note, some business leaders argue that employees, if left unsupervised out of the office, will spend most of their time slacking off. This one blames human nature, rather than technological difficulties, for much the same result.

Yet if human nature is truly to blame, the question is if putting people in the office truly does solve the problem⁠ — which it doesn’t. One survey reported that on average, workers spent as much as five hours each day slacking off. While its relatively small sample size leaves room for doubt, studies on distractions at the desktop⁠ — cyberloafing, as scholars call it⁠ — are consistent in positing that workers spend a few hours daily, at least, on unproductive tasks.

In short, everyone slacks off at work; they just learn to hide it in the office. If you happened to hire someone who’d slack off more than the average⁠ — guess what, they’d have done that anyway.

One of the most commonly cited drawbacks to working remotely is reduced collaboration. Granted, some of the concerns are valid. There is often less spontaneous communication when working remotely, and so-called “Zoom fatigue” is very real.

That said, the worst of these effects stem from managers trying to replicate co-location work practices online. Long, camera-on meetings are stressful, but you should be avoiding those to begin with. And while spontaneous exchanges decline, remote work rewards and fosters deliberate communication and collaboration⁠ — which can produce amazing results of its own.

What remote collaboration lacks in spontaneity, it makes up for in its flexibility, transparency, and precision. Asynchronous communication allows people to exchange info and opinions without losing focus on work. Archived exchanges make it easy to loop other team members in⁠ without losing any details. Sure, adapting to these practices requires that people be disciplined and deliberate about communicating⁠ — but ultimately, that’s a good thing.

Myth #4: The Loss of Office Culture

Office culture is a nebulous concept. It spans daily rituals and routines, values and ideals, and relationships among workers (and to the organization as a whole). In theory, it’s one of the humanizing aspects of business, keeping people engaged and motivated. In practice, it often hides means by which managers maintain hierarchies, foment inequality, and mask unjust practices⁠ — such as, in the past, denying employees remote work without proper justification.

What many managers fear is the loss of an office status quo⁠ from which they benefited at others’ expense. This, obviously, is not a valid argument against remote work at all.

But that’s not all managers. Some genuinely fear the loss of employee engagement and motivation, which Gallup has found ample evidence for. According to the business advisory company, employees working apart from management are less likely to feel their achievements recognized or their opinions heard. Naturally, this can lead to lower performance and increased likelihood of turnover.

That said, managers aren’t without options. Companies that are serious about building a remote office culture can do so in many ways, such as:

Any loss in engagement or motivation caused by remote work can be mitigated⁠ — and more⁠ — by making the most of the freedom employees gain instead.

People would have you believe that working remotely is a career death sentence. Remote work has few opportunities for mentorship, leads to work going unrecognized, and throttles your chances to build a network.

Yet all of these issues are, predictably, not problems with remote work but with managers who refuse to change their ways. Indeed, the main reason why any of these issues persist is because managers refuse to recognize anyone⁠ — or any work⁠ — done outside the office as serious or worthwhile.

If managers are serious about fixing this, then the one thing that needs to change is how they do things.

Remote work isn’t without its drawbacks, but the most serious problems arise from management that refuses to embrace it. With many business leaders still banking on a return to the office⁠ — and the power and privilege it affords them⁠ — it’s no surprise that their half-hearted attempts to transition their model of work end up falling flat.

Looking for virtual assistants for your business? You’re in the right place. Magic can get you Dedicated Assistants who have skills in the following areas:

What Virtual Assistants Do: Sales, Customer Service and More

The past couple of years have seen a boom in the virtual assistant (VA) business. Do a quick online search and you’ll find hundreds of

PrevPreviousThe Problem with Hybrid Work
NextRemote Work Management: How to Get It RightNext
All Posts